What is the future of ‘passporting’ in a post-Brexit Europe?

The United Kingdom surprised the world in late June when British voters passed a referendum allowing the country to succeed from the European Union. The details of Britain’s departure are still being negotiated between leaders of the UK and EU, but those specifics became a little clearer last week with a speech given by UK Prime Minister Theresa May outlining her preferred terms.

In her speech, May prioritized Britain’s ability to regain control of immigration and the flow of labor in and out of the country. This suggests that mobility between the UK and the rest of Europe will become more difficult. The EU has made the free movement of people across member nations one of the unifying hallmarks of the political and economic bloc.

While there were aspiration Britain might be able to retain “passporting rights” through negotiations with the EU, those hopes are being diminished by European leaders wanting a complete and decisive break. 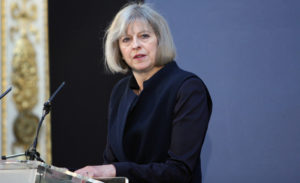 Mobility in and out of the UK may become increasingly difficult without passporting rights with other EU countries. New restrictions may necessitate additional visa and immigration requirements, making mobility a more complex and expensive process.

Headquartered at Synergy’s Global Solutions Centre in Dublin, Suzanne Smith, Managing Director, EMEA, believes any changes to immigration regulations will create the need for an experienced industry expert to help oversee temporary serviced housing across Europe. The trends that develop from new laws will impact business travel for years to come.

“This is going to effect the current model of relocation and the typical assignee,” Smith said. “The focus will move even more to short assignments with single people. This aligns perfectly with our industry. We appeal to stays of 30 days, to young millennials and single people.”

Businesses Looking for the “New London” 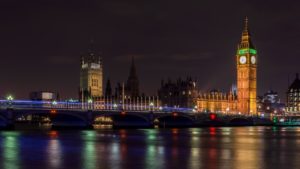 The creation of new mobility restrictions has many London-based companies investigating other EU cities to gain easy access to the rest of Europe. Several companies have already signaled their intention to move their labor force and/or create new subsidiaries in new European markets.

JP Morgan, which has approximately 16,000 employees in the UK, has warned it could move close to 4,000 employees as a result of Brexit, according to The Telegraph. UBS and HSBC each announced at last week’s World Economic Forum Annual Meeting in Davos-Klosters that about 1,000 employees from each company will be moved out of London once an exit process has been formalized.

“The first impact of Brexit that I’ve seen has come from the banks,” Smith said. “The financial industry doesn’t have the luxury to wait and see what the outcome will be in 2 years. They have to be proactive and keep the money markets stable regardless of whether passporting rights are lost or retained.  This is resulting in the first industry to show the potential impact of Brexit.”

These Brexit-inspired moves have many EU cities promoting themselves to attract new businesses looking to move out of London. Luxembourg, Paris, Vienna, Frankfurt, Amsterdam, Stockholm and Dublin are some of the prime contenders 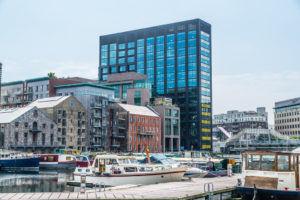 Dublin has become one of the key cities London-based organizations are looking toward for a new home. With the UK leaving, Ireland will become the only native English-speaking nation in the European Union. It’s education system, ranked in the top ten among global nations, and favorable regulatory environment, which saw the nation’s economy grow five times faster than any other country in the Eurozone during 2015, also make Ireland’s capitol city an attractive potential destination.

“Ireland has a highly-educated and youngest workforce in Europe, with a third of the population under 25,” Smith said. “We are the only native English language nation in the EU. At 12.5%, our corporation tax is one of the lowest in the European Union to go along with a small but highly globalized economy.

“The Irish economy entered its fifth year of economic expansion in 2016 with growth in areas such as consumer spending, tax revenue and building and construction,” Smith said.  “Add in our political stability and religious freedoms and you have the perfect check list to attract foreign investment.”

The few drawbacks to a Dublin relocation include a lack of office space, housing and infrastructure.

“Any growth from the past two decades was concentrated into a few square miles,” Smith said. “Our financial district is right in the heart of the city, but that hasn’t grown in 10 years. It’s a small city and infrastructure is a definite concern.”

These Dublin challenges do increase the importance of using a local expert to find the right solution for a corporate travel and assignment management. Smith and the rest of Synergy Global Housing’s EMEA team have decades of industry experience providing housing in Dublin and any other European cities.

Have you or your company felt the impact of Brexit? Share your experiences with us in the comment section below.