Immigration was one of the biggest platform issues that propelled President-Elect Donald Trump to the White House. Trump and the predominantly Republican congress are now beginning to form their policy positions, and its impact on mobility is already being felt. 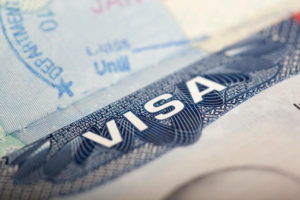 Trump met with several leaders of technology from Silicon Valley at Trump Towers in December, and the topic of expanding the H-1B visa program was discussed.

The H-1B program grants 65,000 temporary work visas every year in the United States to non-American workers in specialty occupations. This program is especially popular among technology companies in Silicon Valley for using highly skilled IT workers from other countries.

Critics complain that some of these employers exploit the visa system in an effort to bring on cheaper international workers in favor of skilled American workers, who often require higher salaries.

Trump had campaigned on a promise to restrict this program or eliminate it altogether, but the President-Elect has backed off those comments since his election and having met with Silicon Valley leaders in December. 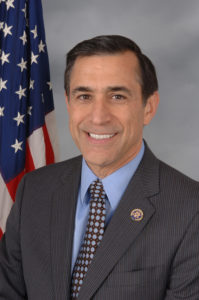 While Trump appears to be backing down from his campaign position for the H-1B visa program, the Republican-led congress is not following the same course.

The legislation would help prevent companies from bringing in cheaper foreign labor from abroad. It would raise the salary requirement for the positions to $100,000/year (up from $60,000/year currently) and eliminate the Master’s Degree exemption.

Issa’s hope is that the program’s abuse would be cut down by raising the salary requirement to a level more in-line with the average American salary for similar positions.

Issa introduced a similar bill more than six months ago, but that failed to garner enough support in the house. He is encouraged that with the new administration taking over, combined with increased bipartisan support, that the reintroduced version has a better chance at becoming law.

“In order for America to lead again, we need to ensure we can retain the world’s best and brightest talent,” Issa said in a statement announcing the new legislation. “At the same time, we also need to make sure programs are not abused to allow companies to outsource and hire cheap foreign labor from abroad to replace American workers.”

India is one of the biggest suppliers of the H-1B visa workforce. According to Bloomberg, India generates $108 billion annually from sending its citizens to the U.S. and other countries to develop software, maintain computing systems and repair broken technologies.

The reaction to Issa’s legislation and its impact on the Indian economy has been immediately felt. Bloomberg also reports that four of India’s largest IT companies took a significant hit, as Infosys Ltd. stocks fell 2.8 percent, Tata Consultancy Services dropped 3.3 percent and HCL Technologies and Tech Mahindra each suffered a 4.5 percent decrease in share value.

The actual Trump agenda is still being sorted out, so there is not yet a definitive plan for moving forward. This means reactive markets are still unsure of their response to the new administration’s immigration policies.

As these details are finalized and regulations are enacted, immigration and corporate mobility will adapt to the changing environment.

This lack of immediate clarity makes it even more important to rely on the knowledge of a trusted expert with experience dealing with global business travel. Synergy Global Housing has a global reach and is constantly reading the pulse of world’s housing and global mobility needs.

We are committed to helping our guests and clients find simple solutions to complex challenges and are excited about the future.

What do you think about Issa’s new proposal? Should the salary requirements for H1-B visa recipients be raised to $100,000 annually? Is removing the Master’s Degree requirement a good idea? Share your thoughts and opinions in the comment section below.