How Lawrence Olson Put Himself in his Guest’s Shoes 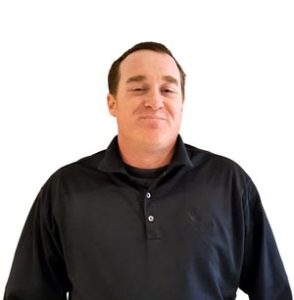 Imagine work responsibilities taking you on the road for an extended period. You’re in a completely new region where everything is unfamiliar but you still have work obligations.

For many of Synergy’s guests, this is a common occurrence, and no one understands this adjustment better than Synergy’s Resident Services Coordinator Lawrence Olson.

Having served as a Synergy Guest Service Representative in San Diego since early 2013, Lawrence was recently given the opportunity to be the first team member to work at Synergy’s new Seattle Global Solutions Centre. He had visited the Pacific Northwest a handful of times to visit family, but the move represented the first time living outside the state of California.

“I was really excited because my original thought was that I really like to see snow on television, but I had never had it be a part of my real life experience,” Lawrence said. “I didn’t know what it was like to live in a snowy climate, and that was something I wanted to experience.”

Lawrence got his wish, moving north just as the Pacific Northwest winter began. It wasn’t long before he was faced with sub-zero temperatures and had to make adjustments to his new Seattle lifestyle.

“When I first got up here I was able to wear shorts for the first month,” Lawrence said. “I will be honest; I have not worn shorts for a good three months.”

When the winter weather hasn’t been an obstacle, Lawrence has gotten out to explore his new surroundings. Living in the warm climate of San Diego allowed Lawrence the opportunity to live a very active lifestyle. He enjoys riding his bike around town, taking some swings at the batting cage and hiking along the Pacific Coast.

Lawrence is excited for spring to arrive, as the activities available to Seattleites are very similar to his options in Southern California.

“It’s not as warm as Southern California, but the chances to get outside are still the same,” Lawrence said. “We say in San Diego that you’re only a couple of hours from everything you could want to do,” Lawrence said. “This is same as Seattle because you can drive up to the mountains and go skiing or you can drive to the coast and surf. You can pretty much do what you want if the weather is right.”

Discovering his new city is part of his job responsibilities as a Resident Services Coordinator. This role involves serving as a liaison between guests staying at one of Synergy’s housing options in Seattle.

Another aspect of Lawrence’s role is to be a concierge for our guests, offering advice about specific properties and the surrounding neighborhoods. For someone who jumped right into the Seattle lifestyle, he embraced the city and immediately got into the know.

“Having moved to Seattle, I have learned to have more patience,” Lawrence said. “Also learning the traffic times, new eating places, not mention the new tastes that come with new eating places.”

Have any advice for Lawrence or another new Seattleite? Leave your tips and suggestions in the comments section below!