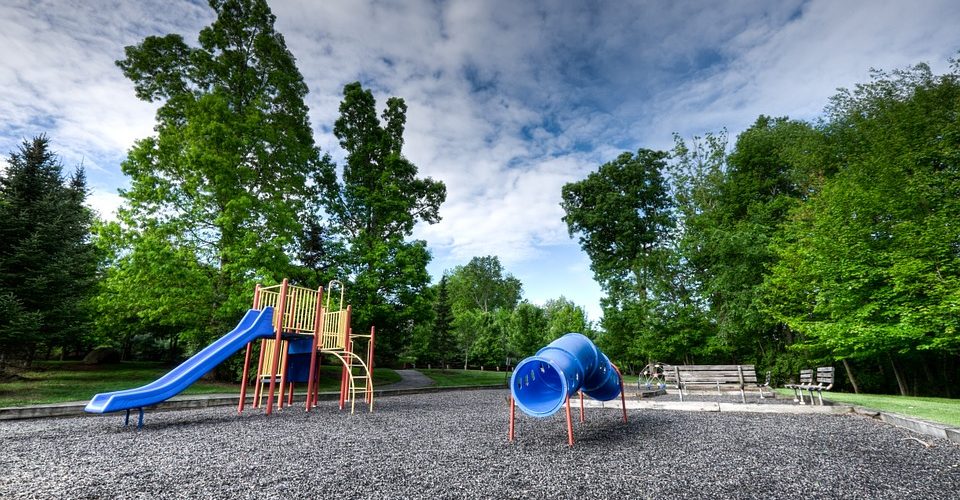 The corporate traveler is typically surrounded in a concrete jungle made of high-rise buildings and concrete. Simply walking from an office building to your curbside UBER driver isn’t enough to clear your mind or burn excessive calories.

Take a Walk in the Park Day (yes, it’s a real thing) was created especially for those too busy to enjoy the physical and mental benefits from a nature walk. And with properties around the globe, Synergy has a ton of housing options to meet any need – even those looking for an outdoor escape.

In honor of today’s “holiday,” here are 9 Synergy Global Housing properties with access to amazing parks:

Already known as one of the premier residential properties in San Francisco, NEMA is only minutes away from a small, but uniquely-San Francisco, public park named Patricia’s Green.

Golden Gate and Dolores Park usually grab all of the headlines for San Francisco’s green spaces, but this area is the perfect outdoor getaway from the non-stop construction and development defining The City today.

Patricia’s Green has a grass field, a jungle gym, picnic tables and two dog-friendly lawns. San Francisco’s personality is also on display in the area, with public art installations in and around the park. This space, founded in 1999, can become busy during weekday lunches with several dining options in the neighborhood giving workers an outdoor escape during their lunch hour.

Park Street divides the area, with the two sections known as Hyde Park north and Hyde Park south. The northern half is famous for its monuments, including the park’s centerpiece, Archibald Fountain. The ANZAC Memorial and the Pool of Reflection headline Hyde Park south’s offerings.

This apartment community was purposely built around River Oaks Park, a five-acre park with tennis courts, playground and running trails.

Crescent Village is actually six different apartment buildings forming one complete residential community. Each of the buildings is a tennis ball’s throw from the park. The open fields around the park are perfect for dogs, while the playground provides the perfect spot for children to burn off some energy.

The park’s clean public restrooms are also a hit with reviewers on Yelp.

Treetops Executive Residences already take advantage of the outdoors with is tropical enclave surrounding the property, but only a 10-minute drive is the world-famous Singapore Botanic Gardens.

The 156-year old tropical garden has been names Asia’s top park attraction by TripAdvisor, and was declared the inaugural Garden of the Year by the International Garden Tourism Awards in 2012.

The 202-acre garden contains the world’s largest collection of orchids, was recently named a UNESCO World Heritage Site by the United Nations and receives about 4.5 million visitors every year.

Almost every kind of outdoor activity can occur at Plummer Park with its open grass fields, tables and benches, children’s playground, basketball and tennis courts, community center and dog park.

The key to healthy living is diet and exercise, and Plummer Park also has your dietary needs covered. The Helen Albert Certified Farmers’ Market occurs every Monday, 9am-2pm, in the parking lot for Plummer Park.

The Leeson Street Apartments are located right in the heart of Dublin’s City Centre district. This setting means you are only a 3-minute walk to St. Stephen’s Green, the largest park among the various garden squares in Dublin.

Originally, Stephen’s Green was used mainly as a public punishment center for criminals after it was enclosed in 1664. The area was a private park from 1814 to 1880, but underwent a massive renovation in 1880, as part of Sir Arthur Guinness’ plan to make the park public.

The historical evolution of Ireland is on display throughout the park, with many statues and monuments created centuries ago.

Located next to Synergy’s  featured property, Ariva, is Centrum Park, a park with both a playground and a spacious grass field.

The white sand playground has slides, swings and picnic tables for the little ones. The grass field is popular with the dog community, as its large size gives owners enough room to bond with their pooch.

Feel free to bring your tablet if you want to sit at a table and read in the sunshine. Centrum Park has Wi-Fi for all visitors.

Sitting on the doorstep to London’s Hyde Park are the Hertford Street Apartments. The complex has many modern amenities, such as The Met Bar and Nobu, but its location to the park can take you back in time to multiple eras of Great Britain’s capital.

Covering 350 acres, Hyde Park is arguably London’s most famous park and contains many of the city’s most famous landmarks. Hyde stretches from Kensington Palace, past the main entrance to Buckingham Palace, to Whitehall, a road which leads to Parliament Square.

Hyde Park also hosts several festivals throughout the year, such as Winter Wonderland during the holidays and BBC Proms in the Park in September.

There are six buildings that make up the North Park community, with each building surrounding Moitozo Park, a five-acre grassy area lined with palm trees.

Moitozo Park may not have many amenities, but makes up for it with its size. The grass field accounts for almost all of the park’s real estate. The flat and open layout makes it the ideal space for pick-up soccer and ultimate Frisbee matches.

A tree-lined sidewalk border runs along the outside of the field, offering joggers a path to work on their cardio. Each lap of the path is about half a mile.

Synergy’s global presence gives you, the traveler, the ability to customize your living space based on needs – even if that need is a great park.

Happy Take a Walk in the Park Day!