In late 1999, Lisa Brand had just completed a 9-month role in Portland, and her employer at the time had given her a promotion that took her to their Seattle office. Lisa was excited about the promotion, but only agreed to be relocated if her role in Seattle was limited to only one year. But the appeal of Seattle proved to be too much for Lisa, and she is now beginning her 17th years in the city.

“I think the lifestyle I discovered in Seattle is really, really great,” Lisa says. “You can get to everything within an hour. We have a great lake that’s only 20 minutes away that we go to during the summer to spend time on our boat with our family and friends. In the winter we have snow skiing only an hour away. Our mountains allow for outdoor activities, like camping and hiking. I think Seattle is an amazing place to raise children.”

That local passion, combined with her remarkable business acumen, made Lisa the ideal fit for Synergy Global Housing as the organization officially opened its new office on March 1, in Seattle’s South Lake Union neighborhood.

In her role as Business Development Manager, Lisa will further establish Synergy’s local footprint within the Seattle market. Not only does she bring corporate housing experience to Synergy, but Lisa has also spent time as a real estate agent, serving the needs of families in Seattle for the previous four years. This combination of housing knowledge from multiple industries gives Lisa a unique perspective for helping oversee corporate housing programs throughout the Pacific Northwest.

Her knowledge of the housing market over the last two decades is crucial in Seattle, as the city has gone through remarkable growth in recent years, putting extreme stress on what was already a limited inventory of housing options.

“Seattle is just growing like crazy,” Lisa says. “The growth is mostly because of Amazon, Facebook, Boeing and Microsoft. We have the smallest inventory of available housing, for real estate. Local media has reported that I Seattle has passed San Francisco for the smallest amount of housing inventory in residential homes in the United States. Prices are going up and houses that are put on the market are getting 10-15 offers. When the market is that competitive, you have to have a lot of cash on hand to make something happen. It’s difficult and its growing rapidly. All of these conditions have led to the need for corporate housing.” 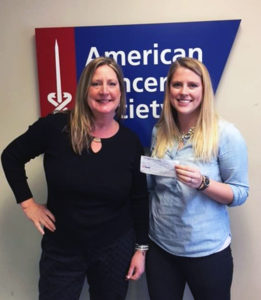 Lisa believes location will be the biggest factor for choosing serviced accommodations in Seattle over the next few years, as high demand continues to outpace the available housing supply. Synergy’s South Lake Union office will play a major office, as the neighborhood is one of the most in-demand areas of the city.

In addition to her role at Synergy, Lisa will also maintain her position as a board member for the Pacific Northwest Relocation Council as the Social Responsibility Chair. Lisa is responsible for PNwRC’s philanthropic efforts. This role had her delivering three separate $4,000 donations last week to three different charities in the Seattle Area: American Cancer Society; Hope Place; and the Northwest Food Harvest.